We can define solar umbrellas as a type of umbrella that comes with a photovoltaic system to convert the power of sunlight into energy.

The sun is an infinite energy source, and the latest technological advancements are fully using it. Additionally, it is a beneficial thing because carbon emissions are drastically declining. That is where the use of solar umbrellas comes alive.

The Concept of the Solar Umbrella

Solar umbrellas are designed with the idea of storing solar energy with the help of solar panels and then converting that solar energy into electrical energy at night, i.e., using LED lights under the umbrella at night.

You could even say that it absorbs energy throughout the day and emits it as LED lights at night.

It is one of the essential technological products today because it requires no complicated wiring or user manual. You can use it the same way you would an umbrella to protect yourself from the sun’s harmful rays.

In addition, the solar umbrella will store the sun’s energy and effectively transform it into solar-powered lightning.

This solar-powered umbrella will let you see in the dark if you’re traveling to a location without access to electricity and need to travel at night.

Moreover, if you’re traveling in a forest or jungle where there isn’t even a single light source, your umbrella will emit light anytime you need it.

You won’t have to spend any money on electricity because you’ll have already purchased a solar umbrella.

How Is It Made?

A solar umbrella consists of Solar Panels, Lights that use LEDs, a 12-volt battery, an inverter, and a few wires.

Anyone with a basic understanding of wiring, electrical systems, and solar equipment can build this product. After all, it is so simple. Installing solar panels is the first step because they are made of photovoltaic material, almost identical to a mirror.

Therefore, they need to be adjusted precisely to avoid falling off and breaking and to avoid injuring anyone who may be standing next to or under the umbrella.

12 V batteries power LED lights without adding the product’s weight and they can be attached to the umbrella’s fabric or handle.

Once you’ve fixed everything, make sure the solar umbrella isn’t too heavy so that no one won’t want to take it because it might hurt their hands.

Make sure the inverter is carefully placed so that it links the solar panel and batteries at the same time.

The last step is to connect the batteries and LED lights with the help of some wires.

How Does It work?

During the day, solar panels will absorb the sun’s energy. An inverter will then store and transform that light into electrical energy, which will be used to power lights mounted within the umbrella.

At night, the fully charged 12V battery will be ready to go. To see in the dark, flip the switch to turn on the light. The way this product works is through a photovoltaic process.

With this approach, many more inventions and ideas can be realized. You can even install a fan in place of LED lights.

How Much Does One Cost?

It is significantly more expensive than a standard umbrella since it includes several costly electrical components, including solar panels, an inverter, batteries, etc.

Of all these components, the most expensive one is the solar panel. Even though it is currently popular but still costs much more than it was in the past. It costs between $100 and $200, based on the price.

Considering the benefits of the solar umbrella and the lights, you should not consider $100 expensive. Moreover, you are purchasing a perfect combination in a package; this could also be a form of savings.

You could even say it’s a one-time investment that will provide lifetime gains. Comparing the costly and high-quality electrical and solar components built into them, $100 to $200 is a reasonable price range.

Since it uses modern technology, the solar umbrella has several advantages that make life easier for people.

Solar Umbrella is a Solution for People with Night Blindness

Thousands of people throughout the world suffer from the disease known as night blindness. It affects a person’s ability to see during the day but prevents them from seeing anything at night.

Thus, this recently created product will be helpful to such people. Hold the umbrella in your hand and turn on the LED lights, and there will be such a good lightning effect that you can see your path and other objects clearly.

In addition, use this product during the day to shade your home and improve the atmosphere inside. You can also use led lights at night to enhance the elegance of your residence.

There is no need to set up an extension cord of any kind in your backyard. Further, you can use it for decorative reasons, where it will look great and boast about your high way of living.

Your money spent on purchasing such an expensive model will not be wasted at all, even though you may utilize it from the standpoint of saving money as well.

As it often recharges 12V batteries in order to light up the lights, you can even link the inverter with a large battery, and in the daytime, you can store energy or charge up that battery.

The solar umbrella is being developed with many variations, including built-in fans, built-in air conditioners, and of course, built-in lights. The use of solar energy is very effective, and slowly but surely, this system is being used to reduce overall household electricity use. 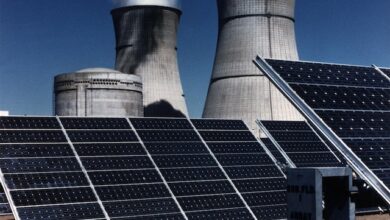 How Are Passive and Active Solar Energy Systems Different 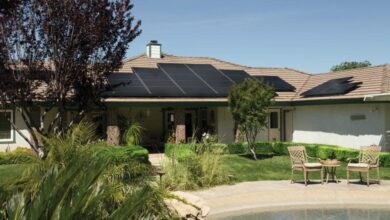 Solar Panels for Sheds: What You Should Know! 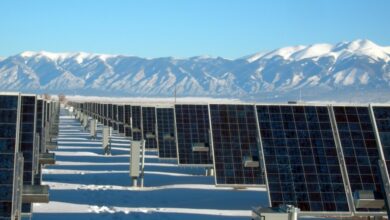 Solar Panels Disadvantages – What You Should Know!